The financial sector is undergoing a great transformation, both disrupted by a prolonged environment of low interest rates and by significant changes in the value chain due to the technological revolution. In 2020, a study by STATEC quantified growth in Banking Value Added between 2015 and 2018 for Luxembourg private banks at -59%.
The impacts are long term and several functions of the banking business model are impacted. The question of customer relationship management and logistics efficiency within the banking model is acutely posed.

The factors of change at work on banking models

If the concept of “Technological Revolution” has a definite advantage in making an impression, it must be admitted that it masks a certain number of nuances and trends at work within the financial sector which are all explanatory factors of the revolution in our financial activities.
It should be remembered that the financial sector has always been driven, more or less weakly depending on the era, by technical progress in computer science and networks, and that we can therefore consider that the phenomenon of ” digitalisation ”appears as a continuity rather than a revolution. The real nature of the structural changes affecting the financial sector as a whole and in particular the Private Banking / Private Banking and Wealth Management sector can be summed up in several points which constitute real revolutions.

In recent years, the structure of the financial industry has changed. New players can attack links in the previously highly integrated value chain. These new players no longer need, through the productivity gains (see point 3) achieved, to encumber themselves with intangible or material assets (agency networks, heavy information systems) which constituted barriers to entry now become heavy constraints on agility. The regulator on this level is clearly pushing for banking concentration on the “Deposits” link and segmentation on other financial services.
The traditional banking relationship, whatever the banking profession, is profoundly disrupted by the emergence of new players offering an improved customer experience and aggressive pricing. Current models have made customer acquisition their priority and are not yet profitable. A segmentation / fragmentation of the offer of banking services is underway.

2. The change is regulatory and fiscal

At the same time, the regulatory landscape has also undergone an upheaval, sometimes relating to the constraints of supervision and supervision of the banking profession, as well as the supervision of financial services (production of financial products / services) and the protection of investors seen as consumers. The first section of regulation increased the structural costs of the players due to the increased complexity of the monitoring obligations. The second cut income for a number of players (ban on retrocessions under MIFID 2 for example) and made the provision of certain services more complex.
To this aspect of the regulations, we must add a very specific axis concerning the increased regulations on the traditional activities of the so-called offshore places. The strengthening of tax cooperation, the establishment of tax harmonization projects (ex BEPS project) and the fight against tax evasion, have again modified the existing balances and required an adaptation of the players in place. The disappearance of the border between offshore and domestic places has helped create a more competitive and integrated market. The response of the wealth management players in Luxembourg was to target a UHNWI segment, a strategy or even for some a dogma, which for the time being, has only obtained qualified results in terms of profitability of assets and value growth.

3. Change is industrial, managerial and relates to productivity gains linked to the technological factor

The third factor lies in the need to understand this notion of potential “disruption” made possible by productivity gains and the reasoning in terms of ecosystems applicable by the very strong segmentation in progress (see point 1). The “Open banking” ecosystem is gradually being put in place. This change requires large-scale transformations in the human capital of organizations and working habits.

“The solutions offered by our firm

The new paradigm of the Private / Asset Management model is at work. Our firm Opexia has implemented innovative transformation solutions for players in the financial sector in recent years. 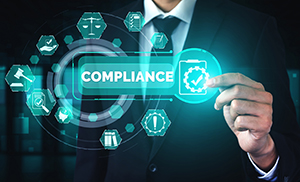 Implementing a change and transformation strategy requires knowing which area or site should be prioritized. What are the basic guidelines and how to do it? Drawing on our expertise, we have tried to highlight a few strategic axes and priority areas of intervention applicable for a variety of actors. Want to know more ? Do not hesitate to contact us.

« For the old offshore centers, it is about renewing the customer experience and implementing differently the dogma of” UHNWI’ »

« Entering the era of Open banking and its corollary: the implementation of a collaborative offer based on an ecosystem »

« Rethink back office logistics: digital transformation is not just technological but must be conceived through the transversal view that the process represents »

« Refocus on your core business and resort to delegations »